Being the techy guy I am, I have picked up...shall we say a fair few computers over the years. Admittedly its a bit wierd that I'm using them all (apart from the deceased ones obviously) but good times all round I say.

In case you were wondering, the majority of the naming scheme comes from the names of family Houses in the Dune series of books (yes I used to read) and Gary is named after the late feline who graced my third year and Richmond Road with his presence. Johnnie, a very recent edition, is named after Johnny 5 from the Short Circuit movies (because it has a "5" sticker on it). 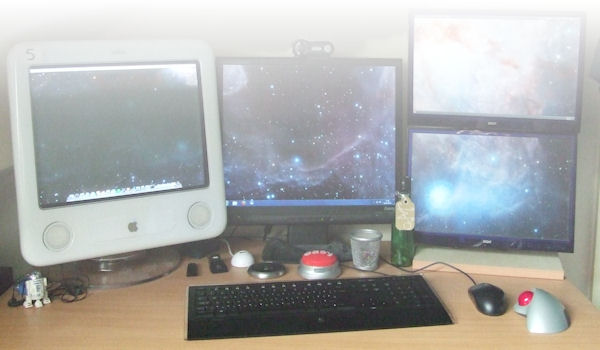